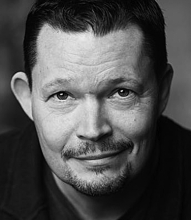 Nigel has had 30 years experience working in the West End, including playing the Phantom in Phantom of the Opera at Her Majesty’s Theatre. He lectures worldwide in Musical Theatre (Artsed, Royal Academy of Music and the University of West London as well as in Latvia, Malaysia and China).
Nigel is an established leading man in Musical Theatre, having also played Enjolras and Grantaire in Les Miserables, Eddy in Blood Brothers, Quasimodo in Norte Dame de Paris and originated lead roles in the British premieres of Spend!Spend!Spend!, Martin Guerre, Napoleon, Floyd Collins, Baby, Hello Again, and Songs For a New World. His eclectic career spans touring the world with Tom Waits in The Black Rider, and soloist with Cirque de Soleil, to playing Figaro in Vienna, and the lead in Songs from a Hotel Bedroom at The Royal Opera House, and Kurt Weill’s Silverlake at Wexford Opera. He has been soloist for the John Wilson Proms on four occasions from the Royal Albert Hall. 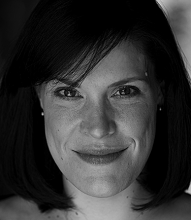 Gemma Morsley is a British mezzo-soprano and actress and has sung with companies across the UK, Europe and the Far East including Grange Park Opera, Festival d’Aix-en-Provence, Opera Rara, London Festival Opera, OperaUpClose, and at the Dartington International Festival.
Carving a niche for herself in strong character roles, other stage work includes Mrs Sowerberry & Mrs Bedwin in Oliver! and Fruma-Sarah in Fiddler on the Roof with Bryn Terfel as Tevye, both for Grange Park Opera and the BBC Proms. She was part of the ensemble for six tours of John Ramster’s acclaimed staged Messiah, played the role of the White Witch in Creation Theatre’s production of The Lion, the Witch and the Wardrobe and has given numerous performances from the G&S canon including Iolanthe, H.M.S. Pinafore, The Mikado and Patience. 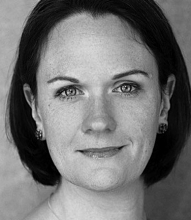 Verity has a First Class BMus (Hons) from Trinity College of Music, and a PGDip and DipRAM from the Royal Academy of Music. Shows include: Carousel (London Coliseum), Kinky Boots (Adelphi), Sweeney Todd (London Coliseum), Sunny Afternoon (Harold Pinter), Sister Act (London Palladium), Awaking Beauty (Stephen Joseph, Scarborough), Strictly Gershwin (Royal Albert Hall), Honk! (Watermill, Newbury), The Sound of Music (London Palladium) and Jerry Springer, the Opera (Cambridge Theatre). She was runner-up in the BBC Radio 2 Voice of Musical Theatre in 2005.
When not on stage herself, Verity is in constant demand as a singing teacher and vocal coach at the highest level and works regularly as a musical director and arranger. She is also an experienced session and concert singer.
As a composer/lyricist, her album "Scrapbook - the songs of Rob Archibald and Verity Quade" can be found on iTunes, Amazon Music and Google Play.
www.verityquade.com / Twitter - @verityquade / Instagram - @verityquade 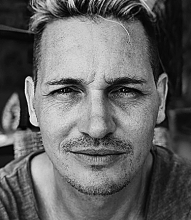 Andrew has worked extensively as a session singer and West End performer having graduated from the Royal Academy of Music with distinction in 2003. Over the years his love of theatre has led him to focus on creative and directorial roles rather than those on the stage. He last performed in the 25th Anniversary production of Phantom of the Opera at the Royal Albert Hall when he was invited to join the cast for its run of globally aired performances. He was Artistic Director of Make Believe stage schools for 10 years and is now Head of Arts Faculty for a sought after school in SW London. 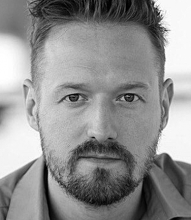 Will trained in musical theatre at the Royal Academy of Music. He’s been working in the West End & internationally for 15 years now, & his theatre credits include Les Miserables (Both the international/Uk tour & West End production), Vince Fontaine/Teen Angel in Grease, the walk-on cover to Alfie Boe as Billy Bigelow in Carousel at the London Coliseum, Jesus Christ Superstar at The Regents Park Theatre, Jersey Boys, the acclaimed production of Sweeney Todd at Chichester Festival Theatre & The Adelphi Theatre, The Phantom of The Opera, The Producers, and more.
An accomplished pianist & singer/song-writer, Will has also released his Debut album, 'Confessions of a Justified Sinner’, to critical acclaim & great audience response. Find more about Will at willbarratt.uk & @willbarratt83 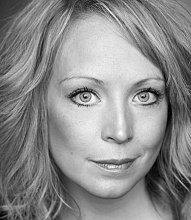 Louisa trained at The Guildford School of Acting, winning a scholarship to the three-year degree course and graduating with First Class Honours in Performance and the Principal's Award. Her theatre credentials include; Scrooge at the Palladium and UK tour, The Roar of the Greasepaint, The Smell of The Crowd at The Finborough Theatre, Jolson on UK Tour, SHOUT the Musical on UK Tour, Stephen Fry's Cinderella at The Old Vic, From the Heart at Hampstead Theatre, The Rat Pack on UK, Europe and USA tours.
Louisa now lives in Brighton with her husband and daughter. 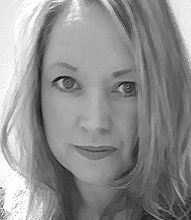 Elizabeth Griffin is originally from Toronto, Ontario, Canada where she trained and worked in theatre, musical theatre, television and film. She originated the theatre role of Madeline Monroe in the Toronto inaugural production of Tony and Tina's Wedding at the Second City as well as creating and playing the recurring role of Angel on the Canadian sketch comedy show, The Gavin Crawford Show. Elizabeth originated the role of Sue Bridehead in a musical adaptation of Jude the Obscure and the role of Queen Wealtheow in Beowulf at The Cockpit theatre in London. She performed in Fanny as a part of the Lost Musical Series at The Lilian Baylis Studio, Sadlers Wells Theatre and performed in the Fingask Follies: Having a Good Time, It’s Now Or Never at Fingask Castle, Perthshire. 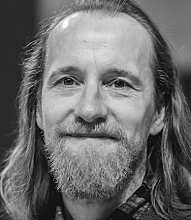 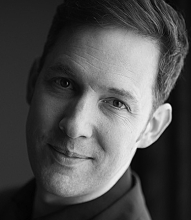 Michael Roulston is a composer and accompanist. His collaborations have won several awards including a London Cabaret Award, The Stage Edinburgh Festival Award, an Argus Angel, two Pick Of The Fringe Awards and he was co-nominated for an Australian Green Room Award for Original Songwriting. His shows with Sarah-Louise Young have played runs Off Broadway, Toronto, Adelaide Cabaret Festival, UK Tours and many Edinburgh Fringes. He has composed and recorded two acclaimed albums with Dusty Limits entitled “Grin” and “Life & I”. He has co-written live shows for Jess Robinson and material for Radio 4’s “The Now Show”. Last year he joined the satirical musical trio Fascinating Aïda. 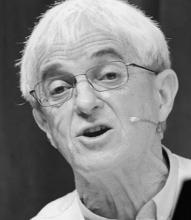 His solo cabaret at the piano, as the first out gay cabaret performer in the UK, started in October 1978 and has since been seen all round the UK, Europe and the USA.